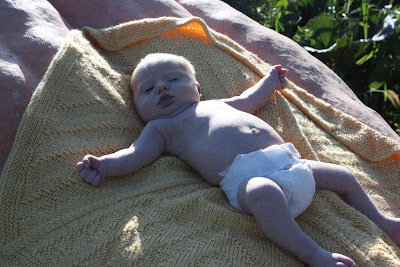 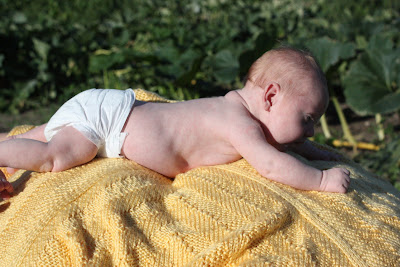 I have been riding that rollercoaster I spoke of a week ago; up and down, up and down. I was so, or too, excited about switching Cal to thin liquids. Joe and I tried throughout Wednesday night and into the next day and were finding a) the nipple on the bottle is too fast and b) Calvin was consuming 1.5-2 ounces max. This just wouldn't cut it. I was bummed but knew I could try thickening with psyllium husk powder and fortifying with formula powder. However, Karen Hurd did not think the formula was a good idea. It would be too concentrated. The cardiologist mentioned this, too. I did finally get to speak with Karen.
I told Karen Cal has been consuming about 14 ounces a day and she was satisfied with that but knows he needs more calories (Joe did the math with what she told me for carbs, fat, and protien and came up with about 400 and the 14 ounces straight is calculated to be 280, so he needs about 100 more). Karen said to add 1.25 tsp of light olive oil to 5 ounces of breastmilk. Plus we are adding the psyllium (no/very little caloric value). I definately have questions about this but told Joe last night that I want to give her an honest try and do as she suggests. I trust her. My issue is that 1/4 of his calories are from light olive oil, which means a lot of fat. However, she must know what she is talking about and maybe Cal will slowly increase his volumes and we can decrease the oil. Time will tell. Insert realization: with the concoction of formula and rice cereal, about half of calories were coming from the rice, which is carbs.
As I mentioned, we decided to add some psyllium incase he is aspirating and that is why he did not consume many ounces (however, I don't think I gave it enough of a try because of the nipple being too fast and him seeming overwhelmed). I traveled to Indigo Iris in Amery to pick up the psyllium. I tried it when I got home and added more and more. Well, it needs time to thicken. Insert second realization: nothing is simple right now.
Grandma Jo Jo came up yesterday and we were talking about all of this. The public health nurse was on her way out to weigh Calvin. When I told the nurse about what we were feeding him, she questioned whether or not the psyllium would be too binding and pull out too many nutrients. As Jo Jo and I were discussing this I recieved a phone call from Dr. Laughlin. I told him about the updates since Tuesday. He thought the question the public health nurse proposed was a good one and he said to use less psyllium. Well, that jived with Karen's suggestion of 1/2 tsp per 5 ounces (I was having to use double). So, I started mixing the food up a whole feeding early, so it has about 2.5 hours to absorb the H20. That did not go well, so we're back to just about 1/2 tsp per 2-2.5 ounces. That seems to be working and he is getting in 2 ounces per feeding. I did get a chance to ask Karen and she said it is not going to bind to the nutrients.
Dr. Laughlin agreed with the cardiologist about Calvin being ready for thin liquids. He said he thinks Cal is scared. I tend to agree as I notice I'm scared, too. When I watched him with the thin liquids, I was scared of seeing him shut down like I did in the NICU. That is why I feel better about thickening some now and slowly thinning out. In the meantime, I am got a hold of a Medela/Haberman bottle so that I can work with Calvin on the flow and he does not become overwhelmed. I'm not seeing any huge improvement, so we'll stick with the thicker food for now. I know I need to be relieved that we can do that much for him. But, a large part of me is pretty sad about not being able to nurse him right now. I do not feel as connected to him as I would like and as I was with Evan and Nolan.
I appreciated Dr. Laughlin's call. He had many words of praise for the work I am doing with Calvin. He said I am being logical and competent. He also told me to keep up the muscle work and I'll be going back in on Monday morning to see him.
As I said, I have been on an emotional rollercoaster these past few days. I think we're stable with the feedings right now and we have something to work with for a while and we'll see how he is gaining weight and so forth. I have been satisfied with it so far. 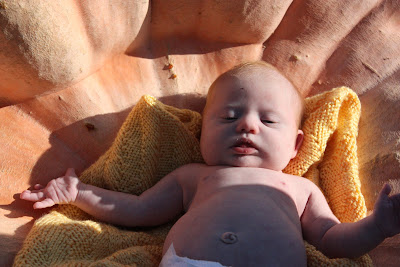 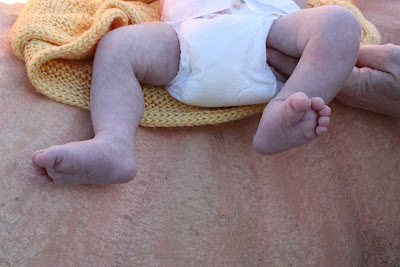 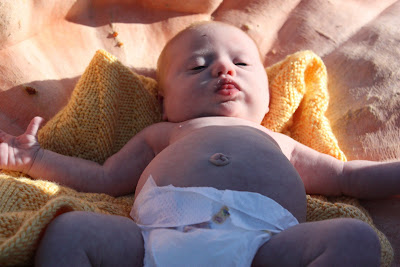