Nolan celebrated his 2nd birthday on Saturday. Uncle David and Aunt Nicole came home from Florida on Friday to celebrate David's birthday so they were also able to join us on Saturday for Nolan's. 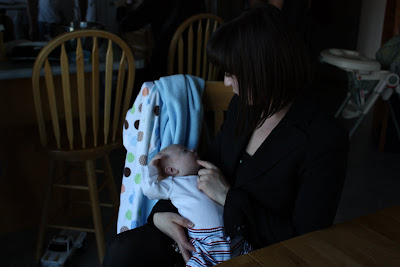 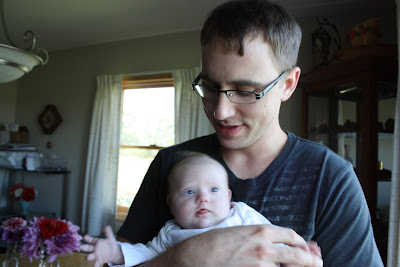 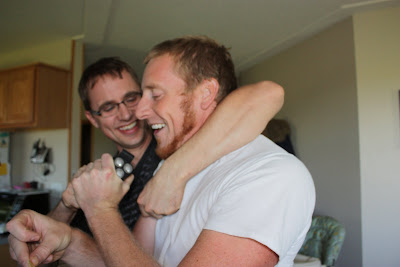 Nolan was given fake glasses by Grandma Jo Jo. He likes to wear her reading glasses at her house and she thought he needed a pair for here (non magnifying). He wore them the majority of the evening and he looks quite natural in them! 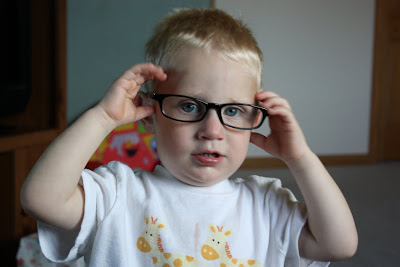 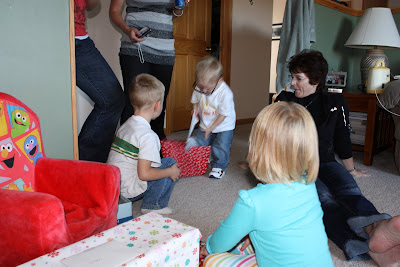 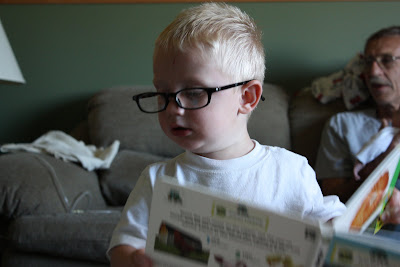 As for Calvin, he is doing really well. Grandma Jo Jo suprised us with a baby scale and I weighed him on Sunday. He was 8lbs 8.5oz, 1 lb up since birth and his NICU discharge. He has been holding fairly steady since switching his food. This was stressing me out but I'm feeling better about it as time goes on and I learn more about what to expect from him.
I have seen improvements in his eating, both bottling and nursing. He is latching on a bit more and is showing more hunger/eating cues around meal time. I am excited to see more gains as time goes on.
Posted by Ilisa Ailts at 2:21 AM