It has been very busy around here, though I'm sure it has been in most households. Something about Fall brings on a hustle and bustle. Maybe it is the cloudy days, the colors turning their way from green to brown, the cool weather, or the shortened daylight. No matter the reason, I feel winter trying to make its way in and hold me down. When I was a kid, nothing slowed me down much, which is why I love having kids around. They make me appreciate things so much more (especially down time! ha, ha!).
I find myself daydreaming about what it will be like with 3 boys in the fall time. Will they hunt with their dad and uncles? Will I be left to my sisters and mothers to focus on my own activities? Who knows, but it is fun to dream about.
There are stepping stones to the future, and the one on my mind and in my days, is Calvin's surgery. We saw the cardiologist today. Calvin weighs 9 lbs 1.5 oz, which is awesome. The other good news is that Dr. Sutton decreased Cal's Lasix (diuretic) by a third, getting rid of the mid-day dose. Also, he mentioned the need for the sodium is questionable. So, that will adjust accordingly.
Calvin is up to about 20 ounces of food a day, which is also awesome. He gave me a bit of a scare yesterday. He was up 3 times on Monday night and I could tell something was not right. This is not how Cal is. He was crying and crying. I brought him in, thinking maybe he had an ear infection. Nothing. He sounded clear and his ears looked good. That is great news! On the way to the clinic I was imagining having the Down syndrome illnesses creeping in. I was afraid that if he already had an ear infection after one possible cold, then we'd probably have a lot. So, that is all good news in this household.
The current plan for Calvin and his heart are that he will see Dr. Sutton next month, the end of October, and if things are still good (as I assume they will be), he will be pushed off again for another month. At that point I think we'll be discussing a plan as to when the surgery will be. I imagine it will be in December or January since he's doing so well. I'll be pushing for as soon as possible so we can get him off the meds, because of how it impacts development, and also to get working harder on the goal of nursing. I know that it will not make everything magically happen, but it is my hope that it will help!
Here are some pictures from the past month:
The boys on the tractors at the MN State Fair (of course a huge hit for them) 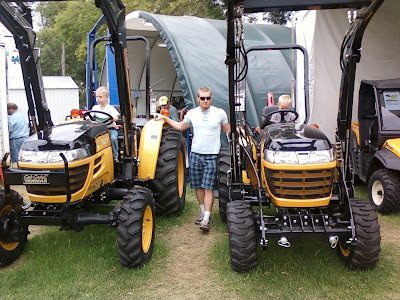 Riding the tractor out to harvest pumpkins with Grandpa and Dad 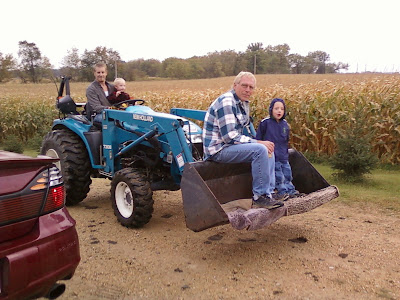 Nolan and those glasses! 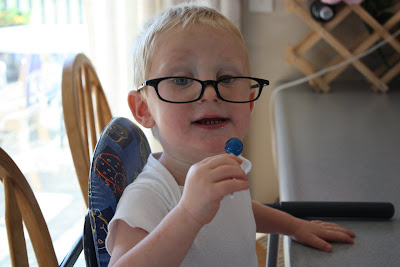 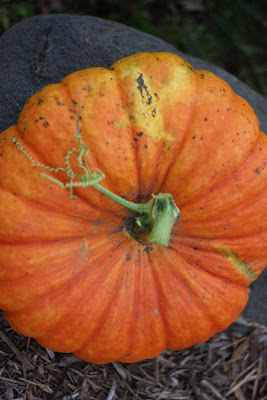 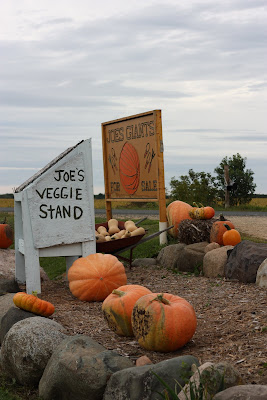 Prepping the soil for next year already... 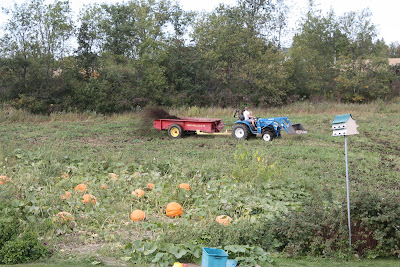 Harvesting the Atlantic Giants with Evan and Nolan waiting in the truck (the best place for Nolan sometimes!) 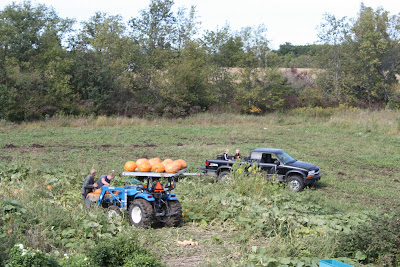 Ready for an outing on a brisk Fall day 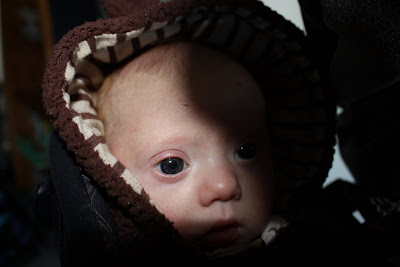 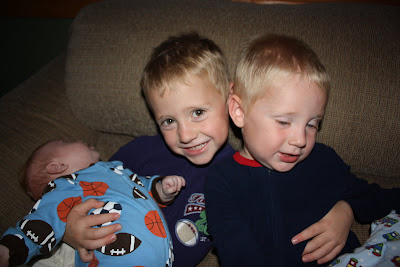 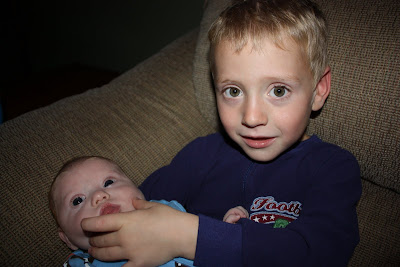