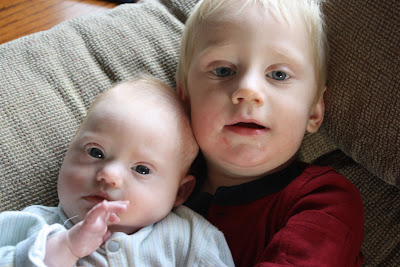 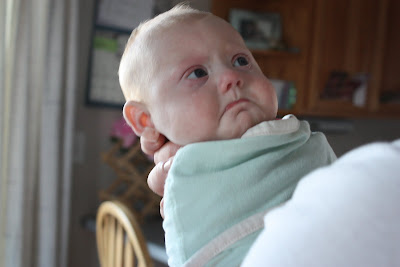 We had a very busy weekend and I'm finding it harder and harder to keep up. I think that has a lot to do with Calvin. He is awake more and is starting to practice nursing a few times a day. He is surprising me with how well he's doing with it!
The boys skipped naps yesterday, so at 2:45 I took them all on a walk to my parents. The weather was awesome and it felt good to get in the extra couple of miles. They were all wearing their costumes already and we had a neighbor chase us down on his 4-wheeler to give the older 2 candy bars. He said they don't get many Trick-or-Treaters and saw us go by! Too funny. Then, my dad took them to their neighbors and wanted to take them into town. I think he was as excited as them. They did really well Trick-or-Treating. Nolan fell quite a few times but popped right back up. He wore the cow Evan did 3 years ago. Calvin scored one piece of candy. Evan was a giraffe yet again. He wore the same costume last year. I gave him a choice of 3 different costumes but he knew right away what he wanted and wants me to get him a bigger giraffe for next year. In case you forget, giraffes are and always have been Ev's favorite animal. He might be a bit OC (obsessive compulsive) like his mom.
We are very grateful for everyone's generosity. It takes about 4 stops to gather as much as it took me the whole neighborhood. I think that has to do with the boys' relatives ;)
Calvin was awake so much this weekend that he fell asleep under the play-mat while I cleaned up the kitchen and again this afternoon as I folded laundry! He is just so sweet! All my boys are.
I could not stop smiling about my boys being dressed up to go for a walk! 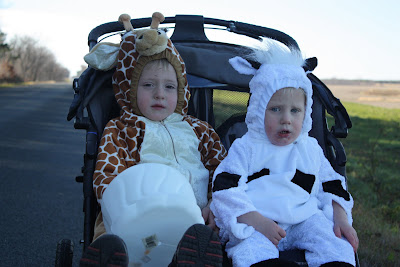 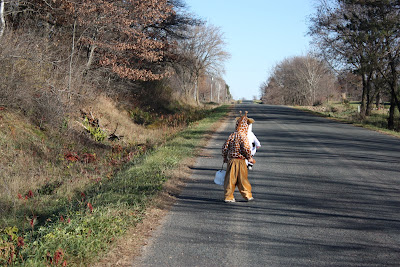 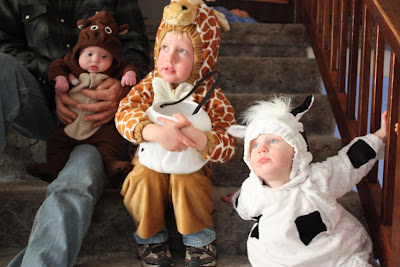 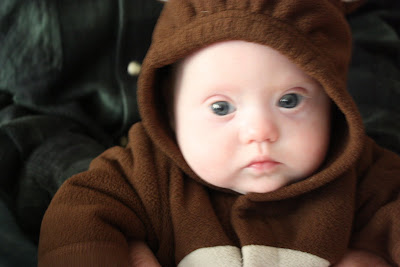 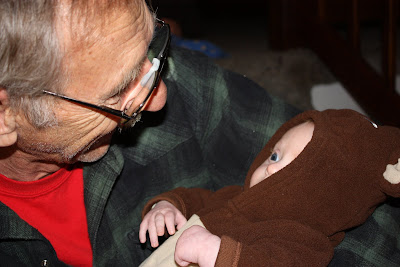 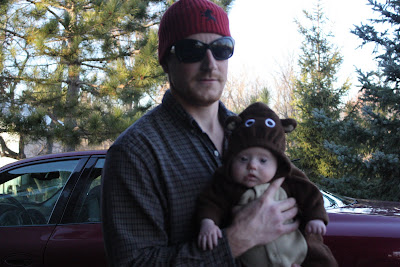 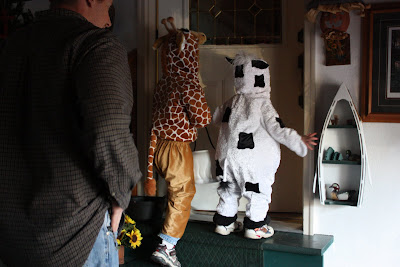 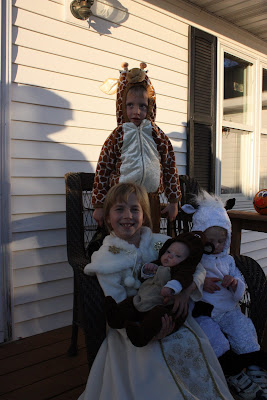 The cub going in to hibernation: 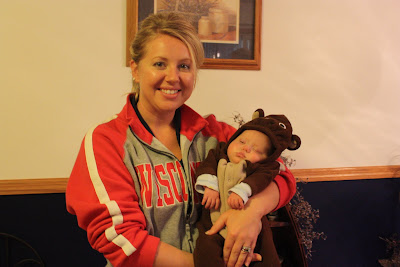 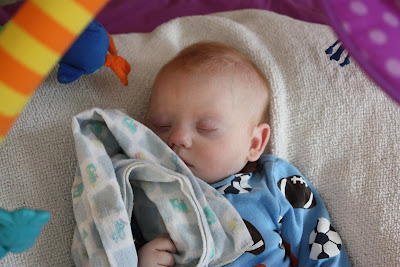 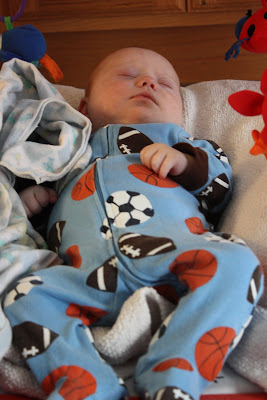 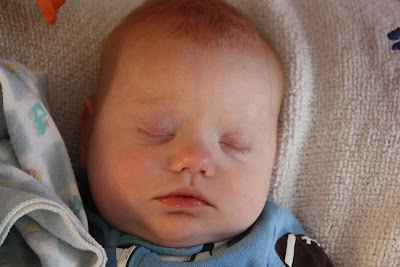