What a day it has been

We arrived for surgery around 10am. Calvin was such a trooper on only 2 ounces of milk since 9pm last night. We talked and he listened and talked back. He napped on and off. He did not fuss much, which made it sooo much easier on me. I felt bad that he didn't get to eat and had this day ahead of him. Well, it's behind him now and he is doing well. I am home and going to get a good night's sleep to go back in the morning.
There was some pre-op stuff to do with him and the anesthesiologist and surgeon came and spoke with us around 11:30. Then a fill-in pastor from our church came to say a prayer. He was a nice surprise! The anesthesiologist came to get Calvin and a few of the medical staff said they would take good care of him. That was very nice to hear.
Surgery started around 1:20pm. Dr. Sutton, who was supposed to be in St Paul all week - so a nice surprise, stopped in and said that things were started and looking good but that the surgeon, Dr. Overman, was concerned about the mitral valve. Dr. Sutton said he wasn't but Dr. Overman was. Well, I thought I'd rather hear it the other way around, but my brother Craig had a good point that it is Dr. O's job to be worried about it! That made me feel better. So, at about 3:30 or so, Dr. Sutton came in and said Calvin's heart was beating on it's own and they were working on getting him situated for the ICU. Dr. Overman came in after that and explained some things about what was found during surgery.
Calvin's left ventricle was/is small. It is small due to thick and extra tissue. Therefore, they left a small (2-3mm) opening in between the left and right atrium in order to get the blood pressure they wanted. So, he has a lower blood O2 saturation level. Yours and mine is 100% (should be) and his might be more like 85. That is a bummer for me, but I am holding on to lots of hope that God can improve that if it is his will. Calvin's heart could begin to have an easier time pumping, would thin out that tissue, and the ASD (atrial septal defect) would no longer be needed - so to speak. Also, that ASD could close up in time as well.
We came home to a home full of laughter and food! Thank you Beth, Kristi, Doop, Katie, and Grandma for all of the goodies! I think I ate more than my share of cookies! Less treadmill, more cookies...this week anyways!
God, if it is your will, please help Calvin's heart continue to improve and heal quickly. Thank you for the wonderful team of people whom we placed in Calvin's care today. Amen 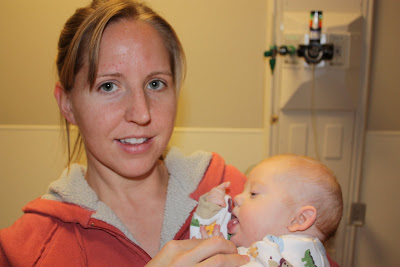 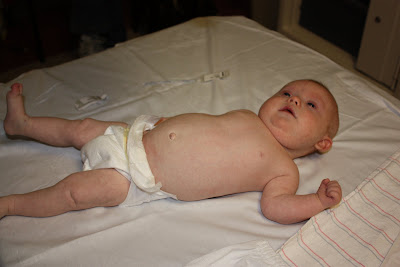 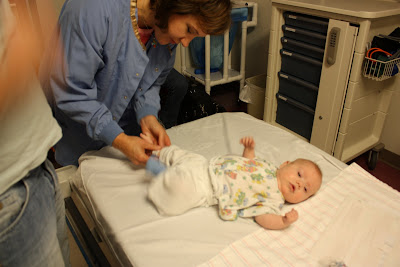 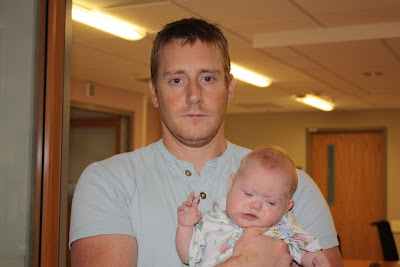 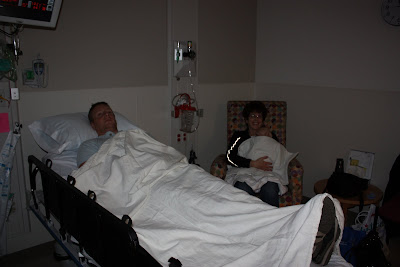 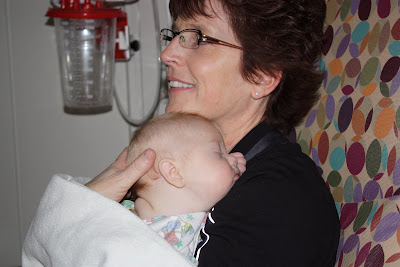 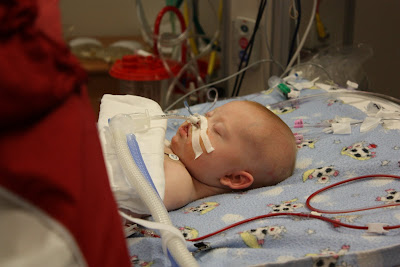 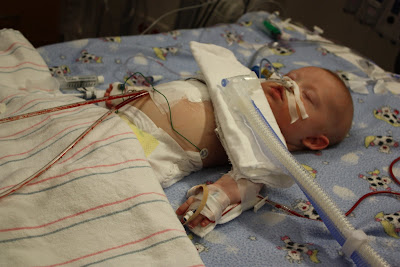 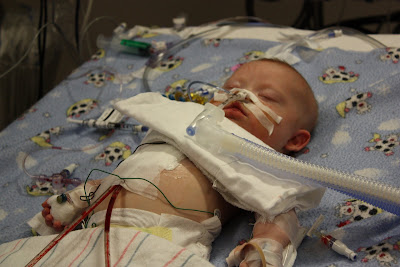