...except it's not. The iPad give-away is closed. Kareen's adoption has not taken place.
She has nearly $3,000 (roughly 1/6th of the total needed) in her adoption fund (thanks to all those who joined Patti over at A Perfect Lily).
I cannot help but think about what Christmas is like for these children: 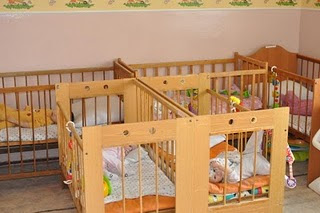 Do you think they are excited, or wake up early to see what Santa brought them? Do you think they listen to Christmas songs, or see church programs, or wear pretty dresses?
I copied and pasted that picture from Our Road to Adoption. I named it "cribs". I believe the 2 boys in the nearest cribs are being adopted as we speak. Their new mom-to-be said this is where the children in this orphanage spend their ENTIRE life! In cribs. Unless they are fed or changed. She also said the children often have self inflicted injuries from banging around trying to gain stimulation.
Stimulation is so extremely important for all human beings, especially ones with disabilities such as low-muscle tone which is seen in most people with Down syndrome. Part of Calvin's daily therapy includes brushing (using soft bristle brush on hands, feet, legs, arms, sometimes back, never tummy or face), join compression, and deep tissue pressure or massage. This "wakes up" his system. Bouncing is also important. Hmmm, do you think these kids get any of that???? They don't. You know what happens? Their brain development is different from those who receive it. Many children adopted from such orphanages are diagnosed with Reactive Attachment Disorder (R.A.D.). R.A.D. can be prevented.
Attachment can be another post in itself. It will be, because my first experience in learning about it was with Karyn Purvis. I have spent time with Karyn and her co-worker Dr. David Cross. When you go to Reece's Rainbow website (New Family Page) and read about becoming an adoptive parent, you'll find a list of things to do, which includes #14. read The Connected Child by Karyn Purvis. She is a wonderful woman who has done a lot of work with adoption. I find my life really curious when I look back. I wonder how long God has been trying to steer me in this direction.
I found today's post from the mom-to-be at Our Road to Adoption interesting. The nannies at the orphanage were asking her if people with Down syndrome in America are really actors. She said "yes", and that some have jobs and live on their own. Wow!!
I will leave you with this. I linked up to it a couple of months ago. However, I won't assume you saw it: video
I realize your money is not mine to ask you to give. I will post pictures of Calvin's smile, and a video, but it's not over. You can donate to Reece's Rainbow at anytime if you decide.
Merry Christmas! 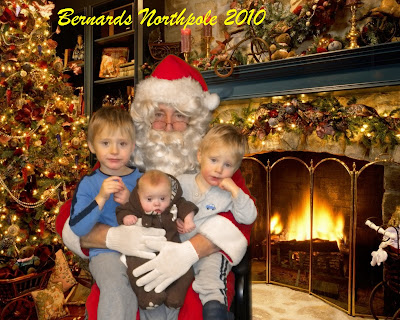